This is how I saw Djikia’s drawings, and later Djikia himself for the first time. In autumn, in the very end of 1980s, I made my mind to visit a youth art show at the Manege. I had already visited art shows at the Manege, of course, and I knew very well what it looked like. I had visited them since my childhood, since 1960s, and I had always experienced the same feeling, the feeling of utter despair. It seemed that nothing could throw me into such a profound creative depression at that time as an art show at the Manege. And it had nothing to do with the quality of artworks presented there, it was rather an astounding combination of their quantity, the architecture of the building, and the atmosphere of the city around it. There was something surprisingly torpid in it, some oppressive shroud no artworks or spectators could break. It was a mixture of painting, graphics, sculpture, decorative apply art. Underwater photography was the thing it resembled most. Slowly and silently we floated past an infinite line of drowned objects. Painting, graphics, sculpture, decorative applied art. The awareness that existence in general and pictorial art as an occupation in particular are meaningless came quite soon and stayed for some time after I left the Manege.

I visited this exhibition because I was one of its participants: I had to become a member of the Moscow branch of the Artists Union, etc. Having assured myself soon enough that they did not forget to hang my couple pictures, I moved into the maze.

Oil painting, ceramics, tapestry, etchings, painting again, a powerful wave of the familiar feeling of despair was looming over my head. I entered the next compartment and saw Djikia’s pictures. That is, I didn’t know whose pictures it was. I just saw about a dozen small sheets of tracing paper with black and white drawings. They were hanging on the wall to the right from the entrance. I fell in love with them at first sight and forever. It is hard to explain what got me in them. I had been standing there gazing at those pictures for a long time. One sheet was titled “Shark Hunting”, I don’t remember the titles of other pictures. I had a clear image of a very pleasant person who was drawing these pictures, chuckling and getting high on it. There was amazing purity in them, no harmful pollutants. It was obvious that they were made only for one’s personal pleasure, and for nothing else. I remember that I thought then that these few scraps of tracing paper are worth visiting a show at the Manege. I saw in every possible detail that these sheets of paper were heavier than tons of all other artworks of that show on my personal scales. Obviously this was what surprised me and made me happy more than anything else. At last, I moved on, but, before leaving the Manege, I went back to that compartment to check whether those things were real. And they were real. Later I came to the Manege two more times to see Djikia’s pictures. I liked them more and more. The personality of the artist was showing through every line of them with such clarity that it seemed that I had known him well for a long time. It was that rare case when a work of art aroused the desire to get to know the author and to make friends with him. I discovered common friends soon enough, but a year or two passed before I met Djikia at last. And it happened at the Manege again. His personal show was opened there (in the same building, but housed by a small gallery at the top). It was spring, a joyful sunny day. I went there and saw a huge pile of most wonderful drawings. They differed from what I had seen before, but, surely, it was true Djikia, and I liked them even more than the previous ones.

I remember my surprise when I saw my own portrait on many pictures. That was surely myself, but how could I get there? Then I saw Djikia, and he was absolutely the person I imagined from the very beginning. It was amazing, but he could not be different. I remember one of those drawings especially vividly: the sky, many swallows, each of them flying in its own direction, with a personal fly in front of each bird. I don’t remember its title. When Djikia and I discussed that show many years later, he could not remember that drawing.

And I remember very well that when I left the Manege on that day I saw everything through Djikia’s eyes. It was impossible to get rid of it, and I didn’t want to. Every step revealed something that seemed to deserve his pen. I really saw how he would paint it, even some titles kept swarming my brain. While I had suspected that life as a whole is made up of such ridiculous, foolish and moving situations, now I knew for sure that all the world was a big Djikia’s picture which kept breaking into an infinite number of small Djikia’s pictures, etc., etc.

Djikia’s creative work is a most rare example of a complete and true fusion of the artist and his works. This should be interpreted literally. When I look at his drawings, I cannot understand what goes on, whether he is drawing himself on paper with incredible accuracy, or he is copying some charming personage having a huge nose with the same accuracy throughout life, and nobody knows where this paper character came from. Both of these things or neither of them are but a single creature, something like a centaur, partially alive, partially drawn by himself. There is one picture among hundreds of Djikia’s drawings which presents a most complete fusion with him. It is titled “Holding my Belongings, I Move to a New Place”. That was its title, I think. Naked Djikia, grasping a dozen geometrical bodies in his arms, is moving somewhere with his inevitable gait. His genius will never be doubted if he would have drawn only this picture, from my point of view. How many times I saw this figure in the streets of a bizarre American town where we lived in the same neighborhood during several years. He left that town long ago, moved to a new place, and I moved too. Yet, when I find myself there, I keep seeing that figure carrying things at every corner. And there is one more picture that comes to my mind when I think of Djikia: “I am Transporting Small Children, and I Don’t Have Money Even for Tickets”. All his life is in this phrase. It is in that cardboard box filled with tiny figures of children, and a ticket collector entering the door of the carriage…

I often thought that one could publish the titles of his drawings as an independent collection of poems, and they would make a wonderful book, but then I thought that his own pictures could have made good enough illustrations for these verses, but this would not be a purely poetical collection, although there are illustrated collections of poems, you know… Anyway, Djikia’s art is poetry, first and foremost, it is the art of telling dreams without interpreting them. And there is a real lot of concealed architecture in it. It shows everywhere, but not quite conspicuously, nobody feels shy in its presence. It looks like I am starting an art criticism discourse, but I just wanted to recall the Manege and that day in spring…

Djikia and his pictures are an important part of my life. They are always floating somewhere in my mind, and I’m never bored by them. Every time I am reminded of him, every thought about him, to say nothing of Djikia himself approaching you with his wonderful gait, produce an uncontrollable smile on my face. Djikia is a carpenter, geometrician, architect, drawer and poet of great genius, and a person who hates only two things in this world: it is glue and nails. One of the best memories of my life is the conversations I had with him under stars with a glass of wine in my hand. I believe that his own life is a continuous process of depicting himself on paper smoothly transforming itself into the process of depicting himself in life, himself as he is presented on paper, and vice versa, and so on, and so on, and so on… (A.B.)

Artists of the world unite
The Guardian 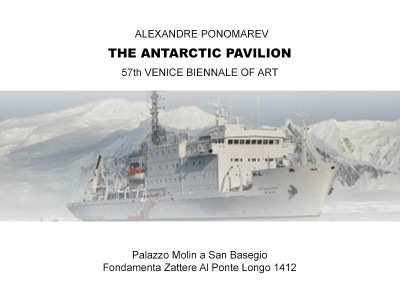 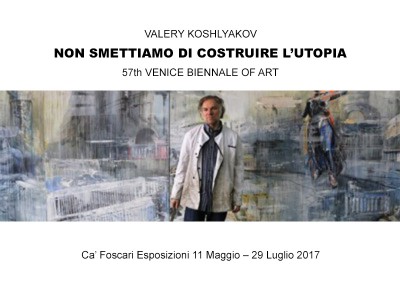 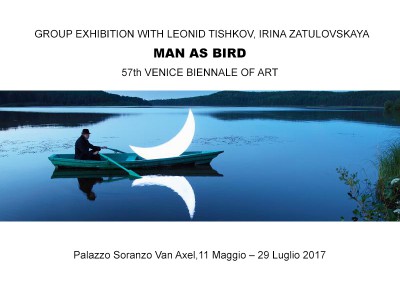